Why we do what we do? Pastor Greg & Robyn McKewin

As an Assoc. Pastor in our original church, I was given some responsibility to speak to couples who were doing it tough in their marriages. And to my surprise... everybody wasn’t as willing and open to change as I thought they could or would be. Particularly when we’re talking about marriage, God’s covenant and about Christians.

I had talked to these people myself, recommended they got some marriage counselling from qualified counsellor’s, ...did everything I could and yet still they ended up divorced more times than not. I couldn’t work it out.  People close to me, people who were rational, logical people normally, that got totally irrational when trying to work out and talk about their marriage relationship.

I had seen and heard about marriages that were just going through the motions and that the couple were just putting up with each other until a better option became available. Often living in physical, emotional or spiritual withdrawal- and that to me was and is so sad.

I’ve seen the damage that divorce can unleash on a man and wife as they separate and divorce... and  particularly the hurt & struggles that go on. But more than that I’ve seen the hurt & damage that children involved in divorce go through, and continue to go through for the rest of their lives. They are often the ones we end up counselling in our churches.

I am convinced that the church must make some radical commitments if we are going to change the culture of divorce in this country.

I believe the church needs to get proactive about helping marriages before they get to the place of separation or ready for divorce, before the hurt and pain gets in the way of their love for each other, before the damage to the kids is done.
Abraham Lincoln said this “The strength of a nation lies in the homes of its people.”
Author Pat Conroy said “Each divorce is the death of the smallest part of civilization.”

I believe the issues of marriage and family represent the largest ‘unmet’ need and opportunity for evangelism in Australia and in the western world.
And I believe the local church is uniquely placed to really take advantage of this need…, but are we prepared to pay the price?
You see the enemy has been and continues to reek havoc in marriages and families throughout this nation and the western world, and somehow we the church have been backed into a corner on this whole thing.
It’s time for the church to stand up, time to be proactive in supporting and resourcing marriages and family everywhere.
It’s time for change, what we’ve been doing isn’t working so we need to do things differently.

We need to look at this whole area differently, change mind-sets, change attitudes and not only be reactive to the this crisis but take a ‘top of the cliff’ mindset, not only pick up the pieces at the bottom reaction.

And of course both strategies are needed, but if we do one without the other, it’s less effective than it could or should be.. 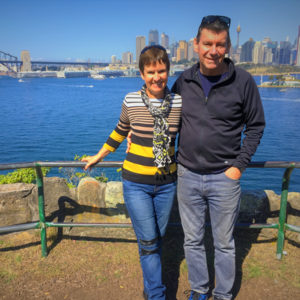